General
News ID: 3480073
TEHRAN (IQNA) – An imam of a mosque in Tunisia was dismissed after he recited verses from the Quran while performing prayers on the occasion of the celebration of the Islamic New Year last Saturday. 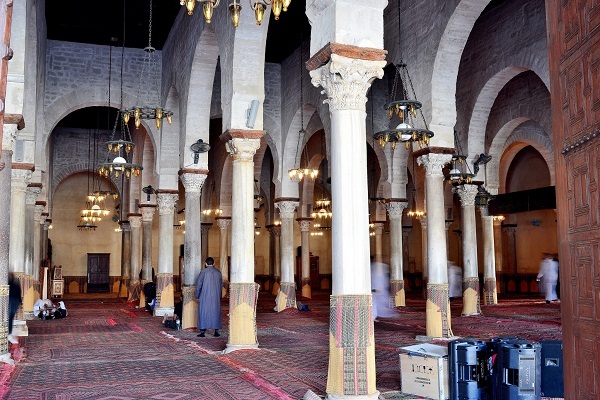 The imam assigned for the five prayers of Al-Salam Mosque in the eastern governorate of Nabeul‎, Mohammad Zein Eddin, confirmed that he led the Maghrib prayer last Saturday in the presence of the minister of religious affairs, and recited verses 26 and 144 of Surah Al-Imran during the prayer.

The latter verse says: "Muhammad is no more than a messenger; other messengers have gone before him. If he were to die or to be killed, would you regress into disbelief? Those who do so will not harm Allah whatsoever. And Allah will reward those who are grateful."

The imam explained, in a statement, that the Minister of Religious Affairs, Ibrahim Chaibi, joked with him after the prayer about the verse referring to “a coup”. He added that the minister had advised him that "it is better to avoid these verses."

Zein Eddin said he was later surprised by a phone call from the governorate authorities to inform him that he is on a compulsory holiday for ten days pending the consideration of his status.

In this context, the Secretary General of the Syndicate of Religious Affairs of the Tunisian General Labour Union UGTT, Abdel Salam Al-Atwi, said that the reasons for the Minister of Religious Affairs' dismissal of an imam in Nabeul‎ governorate will be investigated.

Al-Atwi said that "if it is proved that the imam was dismissed, we will not remain silent and we are coordinating with the UGTT and we will take steps to respond to the dismissal."

The Ministry of Religious Affairs did not comment on the incident yet.

Tunisia is witnessing a political crisis after political parties and forces accused President Kais Saied of carrying out a coup against the authority after he dissolved parliament and adopted a new political path.