General
News ID: 3480127
TEHRAN (IQNA) – The sixth edition of the Sheikha Fatima Bint Mubarak International Holy Quran Competition for girls will be held in October this year with the participation of 136 countries. 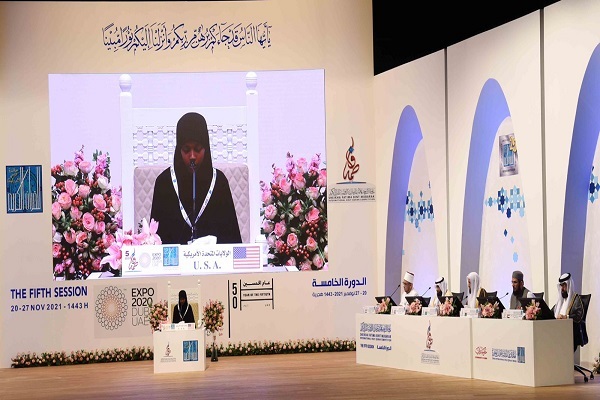 This was announced by the Dubai International Holy Quran Award (DIHQA), the organizer of the event.

Ibrahim Mohammed Bu Melha, Adviser to the Ruler of Dubai for Cultural and Humanitarian Affairs and Head of the DIHQA organizing committee, said the preparations for the event began early and 136 countries will participate.

The award’s departments will draft executive plans to organize the event in the best possible manner, Bu Melha stressed, noting that it will start on the 28th of September with the arrival of participants and jury members, and primary assessments will begin on the 30th of September.

The competition’s activities will begin on October 1 and end on October 5, 2022. The closing ceremony will take place on October 7, he further added.

Bu Melha then explained the competition’s conditions, including requiring candidates to be aged 25 or under and have memorized the Holy Quran in full with intonations.