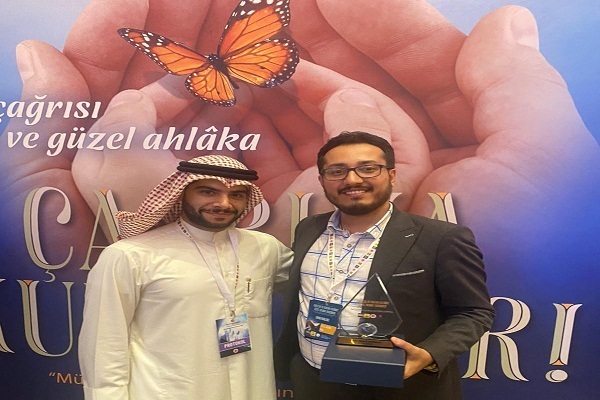 The closing ceremony of the international Quranic event was held Wednesday night in the Turkish capital of Ankara.

Top winners in the two categories of the competition, namely Quran recitation and memorization of the entire Quran, were named and awarded at the function, which was attended by Turkey’s President Recep Tayyip Erdogan.

In the recitation category, the representatives of Turkey and Morocco won the first and second ranks and Iran’s Khazaei was named the third-rank winner.

In memorization, the representative of Yemen bagged the top prize while memorizers from Somalia and Syria came second and third respectively.

Hossein Khani who represented Iran in this category made it to the final round but failed to win a prize.

Khazaei and Khani will return to Iran on Sunday morning.

The competition is annually organized by Turkey’s Directorate of Religious Affairs (Diyanet) with the participation of qaris and Quran memorizers from various countries.

The seventh edition was held in 2019 and the event was postponed for two years due to the COVID-19 pandemic.

Mojtaba Mohammadbeigi and Saeed Shahrokhi competed for Iran in the 7th edition where the Iranian representative finished fifth in the recitation category.