General
News ID: 3459921
TEHRAN (IQNA) – The leader of Lebanon’s Hezbollah resistance movement said the Zionist regime is the “greatest threat” to Palestinians and the entire region, calling for “comprehensive resistance” against the Zionist enemy. 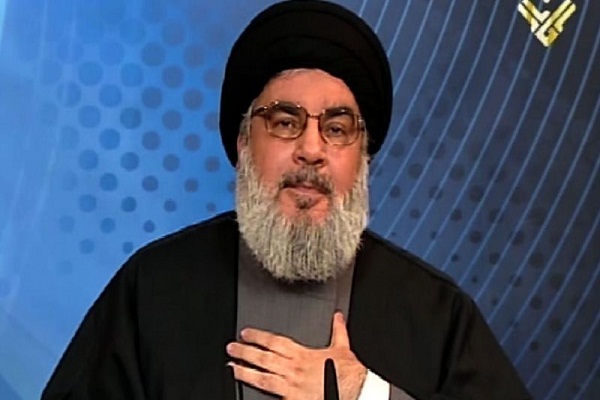 Sayyed Hassan Nasrallah made the comments in a speech while addressing a ceremony themed the "Resistance and Liberation Day” on Wednesday as Lebanese people are celebrating the 16th anniversary of Israeli military withdrawal from their country.

Nasrallah further said the annual ceremonies on this occasion show the resistance movement is proud of its achievements against Israel, Press TV reported.

This victory is part of Lebanon’s history and culture, teaching the new generation how to stand up to oppression, said Nasrallah, adding that the resistance dedicates this success to all the Lebanese, Palestinians as well as the entire world.

Lebanon’s children must draw lessons from the heroic acts of resistance fighters back then and learn to confront the challenges in the future, the Hezbollah chief said, calling on all factions in Lebanon to regard the 2000 victory as belonging to the entire nation regardless of their political leanings and differences with the resistance movement.

"We should know that the security we are witnessing today in the country’s south is a result of our people’s sacrifices and resistance,” according to Nasrallah.

He further highlighted Israel's crimes against Palestinians, saying every one should remember that the Tel Aviv regime is the real enemy and the greatest threat to the entire region.

Nasrallah said anti-Israel struggles should not be limited to the battlefield, emphasizing the need for "comprehensive resistance” against the occupying regime in all areas, including culture and media.

Such resistance is the only way to end the Israeli occupation, said Nasrallah, adding that this could be realized if the nation and army stand together.

The Hezbollah chief said Lebanon would not have been liberated were it not for the sacrifices of the resistance fighters.

He pointed to attempts to undermine the anti-Israel resistance axis, urging all sides to express solidarity with resistance and stand by the movement in its fight against the Israeli occupation.

The Hezbollah leader also called on the Palestinian nation to remain vigilant in the face of those who seek to take advantage of the chaos in the region, adding that "unity” would be its only "savior.”

The resistance axis will not be defeated and the flag of Palestine will be raised again God willing, Nasrallah stressed.

Elsewhere in his comments, he thanked the Lebanese people for fulfilling their national responsibility and actively participating in the municipal elections, which began May 8 and are set to be held over four consecutive Sundays ending May 29.

The preliminary results of municipal elections assured the strength of the alliance between Hezbollah and Amal movement, he added.

The Israeli regime first invaded Lebanon in 1978 and later escalated the military operation into a full-scale offensive in 1982.

Following the 1982 offensive, known as the First Lebanon War, Tel Aviv refused to leave southern Lebanon and kept its military presence there in defiance of the UN Security Council Resolution 425 that called on the regime to immediately withdraw.

However, the Zionist enemy eventually buckled under the resistance put up by Hezbollah fighters and pulled out its forces from the occupied areas overnight on May 24, 2000, in what observers call a humiliating defeat for the regime in Tel Aviv and a glorious victory for Hezbollah.

During the 22-year entanglement with Lebanon, the Israeli military took heavy blows from Lebanese resistance fighters and reportedly lost some 900 of its soldiers.

Hezbollah’s victory also served as a source of inspiration for the Palestinians, who launched their second anti-Israel uprising, known as al-Aqsa Intifada, in the occupied territories only four months after Tel Aviv’s withdrawal from southern Lebanon in September 2000.