Another Mosque Attack Raises Concerns over Muslims' Safety in Germany

General
News ID: 3461129
TEHRAN (IQNA) – Muslims are questioning their freedom in Germany after a mosque under construction was vandalized late Wednesday by assailants writing racist-Islamophobic slogans on its walls. 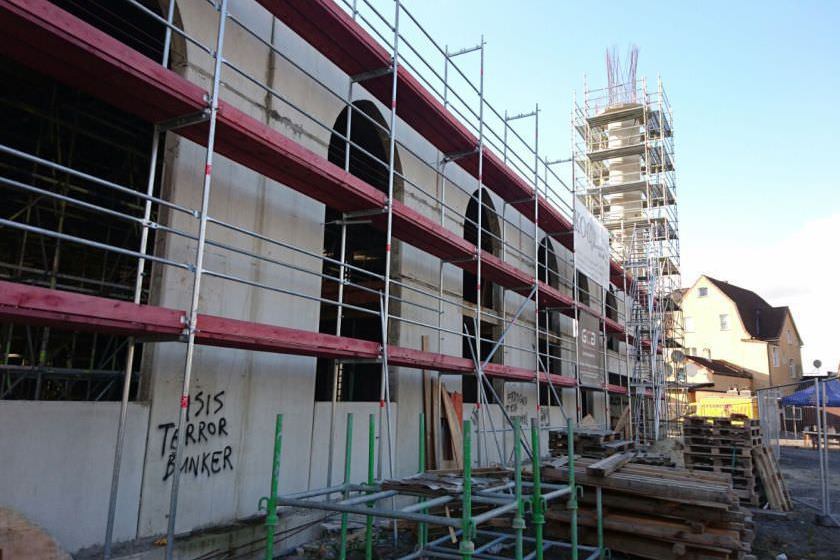 This is the third attack targeting mosques since late September.

Three attacks targeting Turkish-run mosques in Germany since Sept. 25 triggered concerns on rising Islamophobia in the country where xenophobic and Islamophobic movements have gained popularity since a recent influx of refugees.

The latest target of unknown assailants was a mosque under construction in Herringen, a small town in the North Rhein Westphalia state. Suspects spray painted anti-Islamic and anti-Turkish slogans on the walls of the unfinished mosque being built by the Turkish-Islamic Union for Religious Affairs (DİTİB), which also runs mosques in Dresden and Bebra.

A swastika was also painted on the walls next to slogans reading, "Get Out of Germany," "Center of Terror" and "Put Turks In Gas Chambers." The Mayor of Hamm, Thomas Hunsteger Petermann, where Herringen is located, visited the scene following the incident and condemned the attack. Quoted by Turkish media he said, "It is unacceptable. Hamm is known for the exemplary integration of its residents and such incidents worry us. We have fought (racism and Islamophobia) for years and will continue our fight and will never tolerate such attacks in Hamm."

Although mosque attacks are common in Germany, the recent rise in figures raised alarm among Muslims, especially in the Turkish community, which constitutes the largest Muslim community in the country. On Sept. 25, the Mimar Sinan Mosque in Hessen was firebombed and was followed by a similar attack at the Fatih Mosque in Dresden. No casualties were reported in both attacks, which reflect a growing-political rhetoric of Islamophobia in Germany.

Mosques in Germany, where anti-Muslim sentiment paralleling the growing influx of Muslim refugees is centered, are occasionally subject to attacks, ranging from Molotov cocktails to tossing of pig's heads. A Turkish-parliamentary committee investigating the targeting of mosques found 297 attacks against mosques between 2001 and 2014, the majority of targets being Turkish mosques.