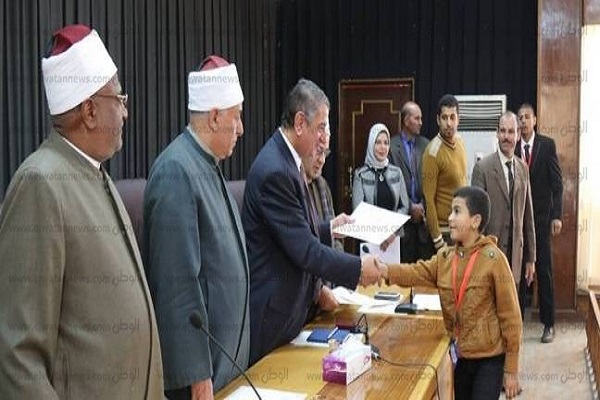 The governorate’s Awqaf department organized the ceremony on Thursday, according to khabarmasr.com website.

Those honored at the event were children and teenagers aged 5 to 20.

They received presents from the department for their Quranic achievement.

The Awqaf department annually organizes the ceremony in the holy month of Ramadan.

Quranic activities, including memorization of the Holy Book, are very common in the Muslim-majority Arab country.