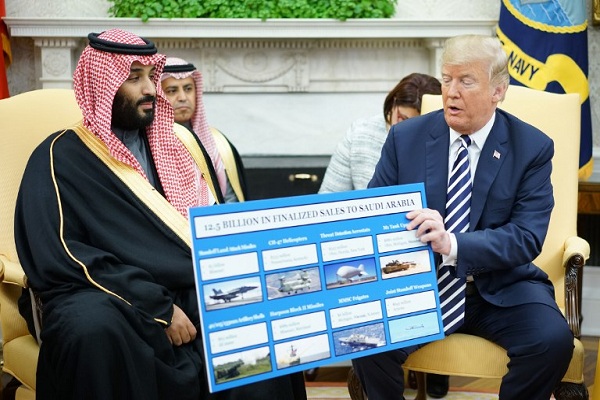 Biden, according to NBC News, has described the oil-rich Persian Gulf state as a “pariah” and has confirmed that he believe dissident Saudi journalist Jamal Khashoggi was murdered on direct orders of the regime’s Crown Prince Mohammed bin Salman.

The mainstream US broadcaster further reported that Biden has also vowed during his presidential campaign to end Washington’s support for the Saudi’s war of aggression on neighboring Yemen, which has so far killed more than 112,000 people and spawned the world’s worst humanitarian crisis that has left millions of civilians suffering from food and medical shortages.

It also cited experts as asserting that Biden has suggested that he would halt the sale of American weapons to Riyadh, further vowing to defend the rights of political dissidents across the globe.

The network, however, reiterated that all of the analysts it interviewed for the report emphasized that the strategic significance of the US-Saudi ties would endure and that Biden's presidency would by no means mark the end of those ties.

"There will be a clear-eyed recognition of the importance of the relationship from a security standpoint, from an economic standpoint and from relationships with the Muslim world," said former US ambassador to Riyadh Robert Jordan as quoted in the report.

Michael Stephens, a research fellow at the Royal United Services Institute in London, was also cited in the report as cautioning against taking Biden's campaign pledges at face value, pointing out that Trump was himself critical of Saudi Arabia ahead of his 2016 election.

During that race, Trump slammed his Democratic rival Hillary Clinton for taking money from the Saudi regime and other countries that "want women as slaves."

This is while representatives for the Biden team did not respond to requests for comment about what the Biden administration's policy would be toward Saudi Arabia.

But with the steady rise in US oil production, the value of the Saudi alliance has come under increasing scrutiny, and members of Congress from both parties have called for an end to special treatment for the kingdom.

"What they are going to lose is the complete immunity that Trump has given them and the personal access," said Yasmine Farouk, a visiting fellow in the Middle East Program at the Carnegie Endowment for International Peace, as quoted in the report, referring to political immunity.

Farouk further opined that Biden would be more selective about when he intervenes with Congress on behalf of the kingdom and would speak out against human rights violations and repression.

During Trump's administration, there were growing anger among US lawmakers in Congress over his close ties with the Saudis, fueled by the large number of civilian casualties in the military aggression on Yemen, as well as the murder of Khashoggi.

Trump, however, has gone out of his way to protect Riyadh from Congress.

Last year, the hawkish US president vetoed a congressional resolution to halt American military aid in the Saudi war in Yemen, as well as three other measures aimed at blocking more than $8 billion in arms sales to Saudi Arabia and the United Arab Emirates.