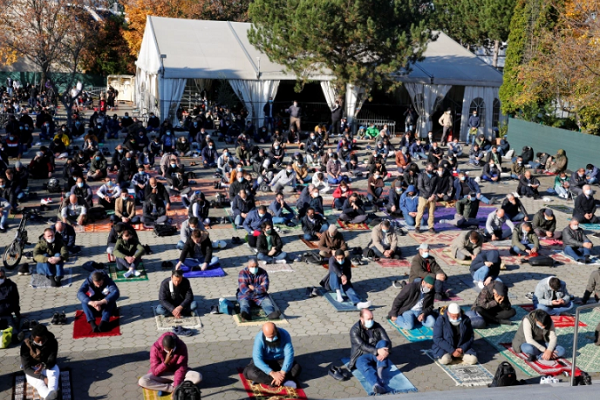 "The Geneva Council for Rights and Liberties (GCRL) is deeply concerned about the human rights violations committed by the Austrian security authorities, during the broad raids carried out in four provinces, which included the arrests of at least 30 Arabs and Muslims," the statement disclosed.

It added: "Austrian police, on 9 November, launched raids on more than 70 houses across four provinces in Austria, with orders given for 30 Muslims to be arrested."

The statement continued: "Among those affected by the campaign are several former officials from the Austrian Council for the Islamic Religion, in addition to an employee at the institute in charge of training religious teachers in public schools, and also includes academics, doctors, and officials of associations."

The GCRL stated: "These raids have shown a clear disregard for basic human rights principles and rules of law in Austria, as well as intimidation and exaggeration in order to mislead public opinion by a so-called successful security operation against 'political terrorism'."

Meanwhile, the GCRL indicated: "The Styria region prosecutors' office said in a statement that 'the operation has no connection to the terror attack in Vienna of 2 November,' but was the result of 'intensive and comprehensive investigations carried out for more than a year.'"

According to Austrian Interior Minister Karl Nihamer: "The security operation launched by the police aims to 'cut off the roots of political Islam,' indicates that the matter is related to a campaign linked to a political position or religious orientation, and not related to specific legal violations."

"The raid campaign was politically-motivated and was marred by a number of human rights violations during arrest including storming homes at night, breaking down the doors of many homes, causing terror to residents with total disregard for children and women, seizing money and documents without warrants," the council stressed.

The Geneva Council further revealed that: "The detainees and the inhabitants of the houses including children were asked offensive irrelevant questions violating the privacy, such as prayer or social customs, as well as the position on the Palestinian issue."

In addition, the statement noted that the GCRL: "Firmly condemns terrorist attacks, expresses its full solidarity with the victims, and stresses the importance of prosecuting perpetrators of these attacks in accordance with the law," but at the same time, it "denounces any attempt to use this incident to commit discriminatory violations on the grounds of religion or belief."

The GCRL expressed: "Its concern over politically-motivated actions of the dissolution of associations and closing mosques without legal justifications considering them a form of collective punishment."

Concluding the statement, the council called on the Austrian government: "To review procedures and decisions that contravene human rights and the law, to investigate violations committed by the security authorities, and to stop any crackdown of a political nature or on freedom of expression or belief."