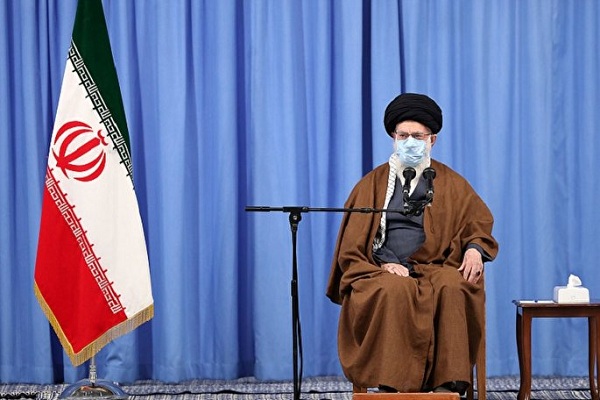 “Iran’s presence in the region and the issue of Iran’s missiles have nothing to do with the UK, France, or Germany, particularly when they themselves possess destructive nuclear missiles. They should first change their destructive intervention in the region before saying anything,” the Leader said, addressing a meeting of Supreme Council of Economic Coordination in Tehran on Tuesday, according to khamenei.ir.

The meeting was held with the participation of the heads of the three branches of power (judiciary, executive, and legislative) and other members of this Council in the Hussainiyah of Imam Khomeini.

In this meeting, the Leader of the Islamic Revolution also said the only way to counteract sanctions is to “nullify and overcome them”, adding “We tested that way of removing the sanctions through negotiations one time, but it was fruitless.

“The goal of this meeting with the heads of the three branches of power and members of the Supreme Council of Economic Coordination was to offer practical solutions for economic problems, solutions that will give quick outcomes with tangible results in people's livelihoods.

“The country's economic problem is not about not having or not knowing what approach to take. Rather, that which is required is diligence, courage, serious effort, and follow-up.

“There are two ways to tackle sanctions: 1) removing sanctions 2) nullifying and overcoming them. We tried the 1st option, removing sanctions, by negotiating for a few years, but to no use. The 2nd option may have difficulties in the beginning but will have a favorable end.”