Katara Prize for Quran Recitation to Be Held with 100 Contenders

General
1
News ID: 3474333
TEHRAN (IQNA) – The final round of the fourth edition of Katara Prize for Quran Recitation will be held in Qatar with participation of 100 contestants from different countries. 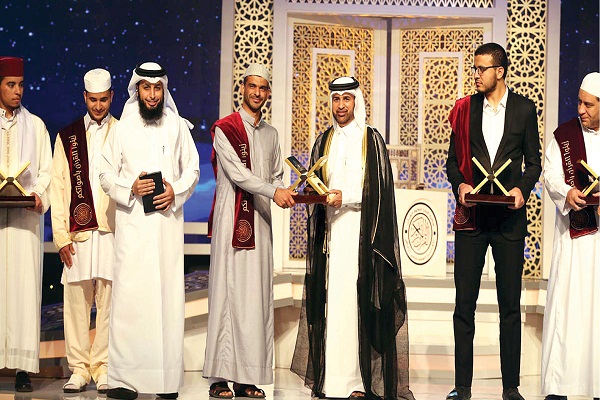 It will be organized by Katara Cultural Village in cooperation with Qatar’s Awqaf and Islamic Affairs Ministry in the holy month of Ramadan, Raya.com website reported.

It will also mark the selection of Qatar’s capital of Doha as the Cultural Capital of Islamic World in 2021.

Khalid Bin Ibrahim al-Sulaiti, managing director of Katara Cultural Institute, said “Adorn the Quran with your voice” is the motto of the contest.

It is aimed at identifying brilliant Quranic talents and introducing them to the world, he said.

According to al-Sulaiti, 2,004 contenders from 62 countries submitted their recitations to the secretariat of the competition in the first round.

He said 100 of the contenders from 34 countries made it to the finals.

The final round will be held in three stages, in the last one of which five top contestants will compete for the top prize, he noted.

The top five winners will receive cash prizes totaling 500,000 Qatari riyals, he went on to say.

A panel comprising six Quran experts will judge the competition. The winners will be selected based on their style of rendering, voice quality and their adherence to the rules of recitation, among other factors.