General
News ID: 3474613
TEHRAN (IQNA) – To celebrate the holy month of Ramadan, when the Quran was revealed, and as part of the Doha Capital of Culture in the Islamic World 2021 celebration, Qatar National Library (QNL) hosted “Writing the Quranic Text Through the Centuries,” which took participants on a journey through Quranic history. 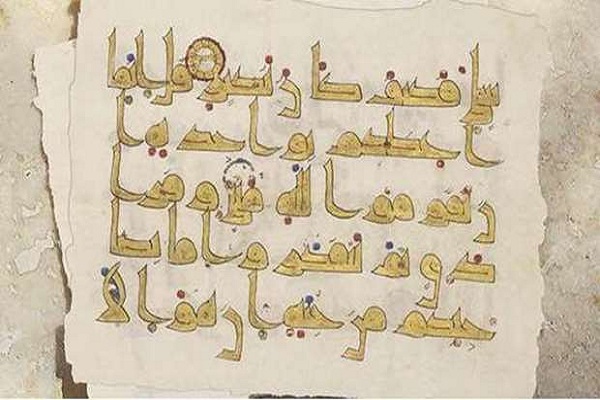 The event shed light on the calligraphy used in writing the Quran, the artistic elements of the book, and the general traditions of writing and producing Qurans.

During the first part of the seminar, Ibrahim bin Yousef al-Fakhro, a Qatari researcher and art collector particularly interested in Quranic manuscripts, highlighted the scripts, illumination and other book arts used in the manuscripts of the Quran. He shared examples from his collection of Qur’anic manuscripts in Doha, many of which have been displayed in special exhibitions. He also spoke about the book and illustrated catalog he published on the topic, Journey of Arabic Calligraphy in the Context of the Noble Quran, the Gulf News reported.

In the second part, Mahmoud Zaki, QNL’s manuscript specialist, spoke about the general traditions of scribing and producing Qurans and relevant codicology topics, including materials, ink and book arts, through a practical study of precious and rare Quranic manuscripts preserved in the Heritage Library. He highlighted data-x-items from the collection representing various places and eras of the Islamic world, from Arabia to Africa and from China to Andalus (Muslim Spain in the medieval period).

Maryam Ahmed al-Mutawa, head of Collection Access at QNL said, “Our partnership with the Ministry of Culture and Sports reflects our commitment to educate and impart knowledge about Islamic culture and traditions. To celebrate Doha as the Capital of Culture in the Islamic World, we have planned a series of educational events that shed light on Quranic history, showcase scientific applications of preserving Islamic documentary heritage, highlight the role of public and private libraries in preserving Islamic cultural heritage, and the efforts of the founder of Qatar in printing and publishing religious books.”

Throughout history, Muslims have devoted an abundance of care and attention to serving their First Book in both its content (the very text of the Quran) and physical form (the Mus'haf; which was and still is handwritten, produced in manuscript form, and later in printed or digital formats).

Pilgrims Can Stay Inside Rawdah Sharif for 10 Minutes