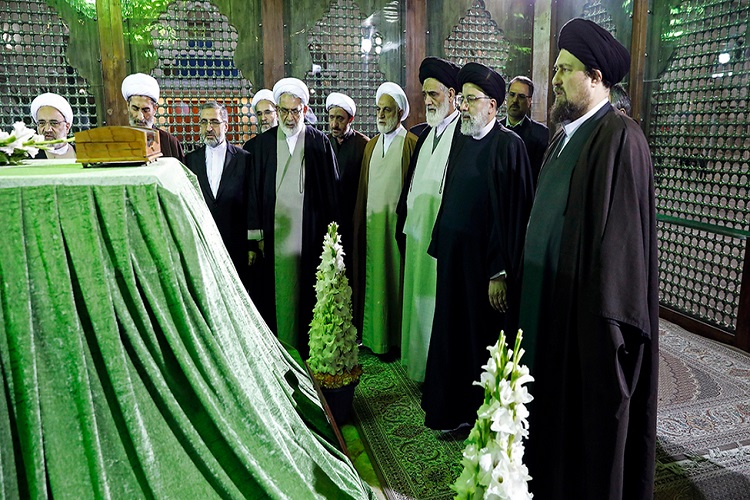 During the visit, that came on the occasion of the Judiciary Week, they laid a wreath on the tomb of the late founder of the Islamic Republic and renewed allegiance with his ideals.

Delivering a speech, Hojat-ol-Islam Raeisi, who won Iran’s 13th presidential election on Friday, highlighted the Seerah of Imam Khomeini (RA) and said allegiance with his ideals is allegiance with all good things, Islamic Revolution’s values, and believing in people.

He also said that Imam Khomeini, by leading the Islamic Revolution, sought to establish a society based on principles like justice, spirituality, rationality and morality.

Therefore, he added, special efforts should be made to uphold justice in society, the cleric added.