General
The link was copied
News ID: 3476046
TEHRAN (IQNA) – A spokesman in the Iranian Foreign Ministry said that Tehran is closely following the developments in Lebanon while also pointing to the need to maintain peace and stability of the country. 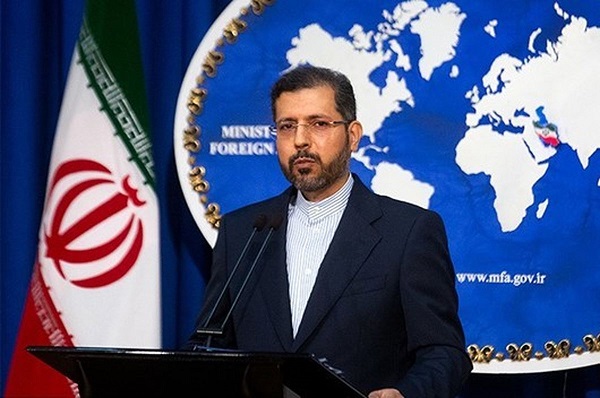 In a statement on Friday, Saeed Khatibzadeh reacted to Thursday’s shootings in Beirut which claimed six lives and left some 60 others injured.

“While stressing the need to preserve Lebanon’s stability and peace, the Islamic Republic is closely following Lebanese developments,” the spokesman said.

Tehran believes that by securing unity, the nation, government, army, and resistance of Lebanon can successfully go through plots that are being devised by the Zionist regime and implemented by their agents, he added.

Expressing deep regrets over targeting innocent people who were holding peaceful protests, he called on the Lebanese officials and government to identify perpetrators of this crime.

The spokesman expressed condolence to the Lebanese nation, government, and families of the victims, also wishing speedy recovery for the injured.

Lebanon's al-Mayadeen television said the gunfire at Tayyoune neighborhood on Thursday targeted hundreds of people, who had gathered in the vicinity of Beirut's Justice Palace.

At least six people have been killed and 60 others injured in Beirut, where armed groups shot from rooftops at Hezbollah supporters, who had gathered to protest against the judge investigating last year's catastrophic port explosion.

In a statement, Hezbollah and its ally Amal said armed groups affiliated with the Lebanese Forces party led by Samir Geagea fired at the protesters from rooftops, aiming at their heads in an attempt to drag Lebanon into a new sectarian strife.