General
News ID: 3476650
TEHRAN (IQNA) – The president of Tatarstan proposed to declare Kazan, Tatarstan’s capital as the city of the first Quran printed by Muslims. 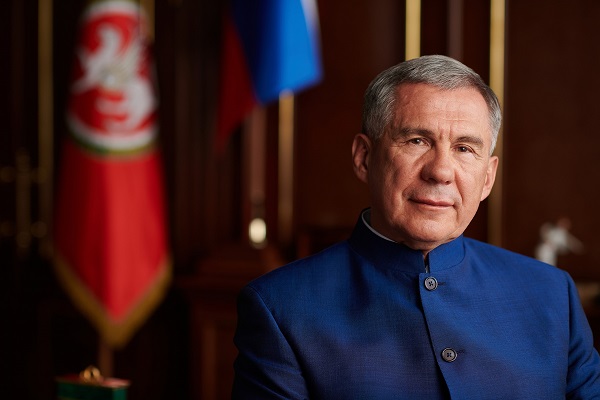 Rustam Minnikhanov made the announcement at the Russia-Islamic World Strategic Vision Group meeting in Jeddah, Saudi Arabia, the press service of the Tatarstan head said on Wednesday.

Minnikhanov also said that next year Tatarstan will mark the 1,100th anniversary of the adoption of Islam by the Volga Bulgaria.

He noted that at the initiative of Russian President Vladimir Putin, Russia became an observer in the Organization of Islamic Cooperation in 2005.

"Today we should make the most of the potential of our relations. We should jointly increase the effectiveness of the fight against terrorism and cooperate on protecting traditional moral values, caring for socially unprotected members of society and for national minorities, fighting against natural and man-made disasters, and cooperating on ecological issues," the press service quotes Minnikhanov as saying.

The head of the republic also focused on the example of Tatarstan.

"The Tatarstan model of harmonious coexistence and cooperation of nations and religions is shown today as an example of a reasonable civilized approach in matters of national security and the Russian Federation’s future development strategy," he said.

Minnikhanov is on a visit to Saudi Arabia. On behalf of the President of the Russian Federation, he heads the Russia-Islamic World Strategic Vision Group. The Group held meetings on November 24 to discuss cooperation issues between the Russian Federation and Muslim countries, in particular the Group plans to speak about trade and economic ties, interreligious dialogue, the promotion and protection of traditional cultural and ethical values. The members will also discuss prospects for the development and implementation of joint programs to promote the ideas of cultural, spiritual and religious diversity of the modern world, as well as strengthening regional cooperation.

The Russia-Islamic World Strategic Vision Group was established in 2006 under the leadership of Russia’s diplomat Yevgeny Primakov and the first president of Tatarstan Mintimer Shaimiev, after the Russian Federation joined the Organization of Islamic Cooperation as an observer.