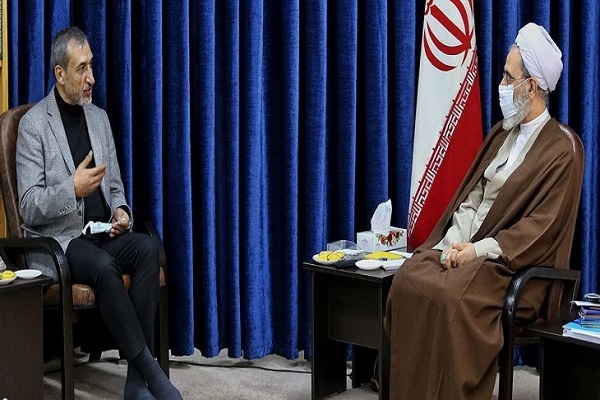 They included members of the presiding board of Turkey’s Ahl-ul-Bayt (AS) Assembly.

During the meeting in Qom on Thursday, Ayatollah Aarafi stressed the need for proximity of Islamic schools of thought.

He said Muslim thinkers and scholars should pursue efforts to strengthen unity and proximity in the Islamic Ummah.

He added that the Muslim Ummah has a unified identity and that for the Islamic Republic of Iran, undermining any part of the Muslim world is unacceptable.

The cleric also highlighted the importance and influential role of Turkey in the Muslim world.