US Senator Under Fire for Anti-Muslim Arguments over Mask Mandates

General
News ID: 3477339
TEHRAN (IQNA) – Amanda Chase, a Virginia state senator, is receiving a wave of backlash from American Muslims and Jews after she criticized Muslim face veil when making an argument against mask mandates. 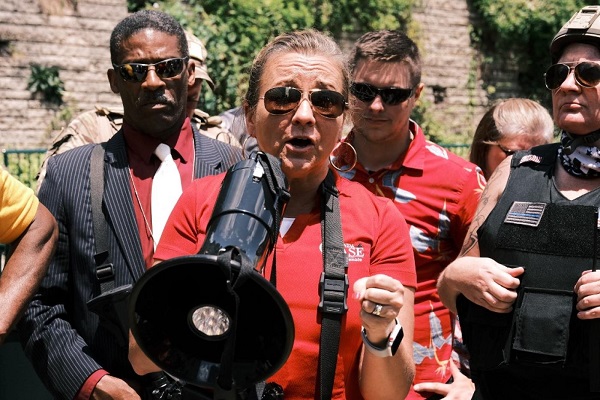 Amanda Chase, who has been a member of the Virginia Senate since 2016, has faced several accusations by Democrats of downplaying the coronavirus pandemic since the Biden administration introduced mask mandates last year.

In a Facebook post on her personal page, Chase attempted to draw parallels between masks and the niqab – a veil worn by some Muslim women which, in addition to an accompanying headscarf, covers the lower half of the face.

In her post, Chase claimed that the Muslim face-covering was an attempt by men to strip women of independence and "break their will and individuality".

She alleged that "2300 years ago, long before Islam, Arabs discovered that forcing people to cover their nose and mouths, broke their will and individuality, and depersonalized them. It made them submissive. That's why they imposed on every woman the mandatory use of a fabric over her face".

"Modern psychology explains it: without (a) face we don't exist as independent beings," she wrote. "The child looks in the mirror between the ages of two and three and is discovered as an independent being," she further claimed.

She also said that wearing masks was the first step in deleting individuality and "he who does not know his history is condemned to repeat it".

"I'm introducing legislation this week to stop the COVID-19 mandates to include mandatory masking. Educate. Not mandate. It's time to save face," she added.

Chase's remarks elicited condemnation from various faith and human rights groups, with the Virginia Center for Inclusive Communities saying her post was "not only factually incorrect, but it irresponsibly marginalizes our Muslim neighbors".

"Whether criticism of a mask mandate is used to diminish the Holocaust or to insult and demean the Muslim faith and tradition - a line is crossed into hate and bigotry that must be called out and confronted," said the Jewish Community Federation of Richmond.

"They also reflect an astounding lack of knowledge of history, culture, and Islam. I am heartened by the collective response of our interfaith communities in Virginia,” she said. “I join these groups in calling upon Chase to apologize for her offensive comments and to sit down with our Muslim and other interfaith leaders."

"They have made a gracious offer to help her broaden her understanding, and I hope that she will make the effort to seek better knowledge and information."

US President Joe Biden's Covid plan mandates vaccinations for all federal employees, contractors and businesses with more than 100 employees. Companies could face fines if they do not comply.