General
News ID: 3479903
TEHRAN (IQNA) – A ceremony was held in Silopi, Turkey’s southeastern province of Sirnak, to launch a school for teaching Quran memorization to the youth. 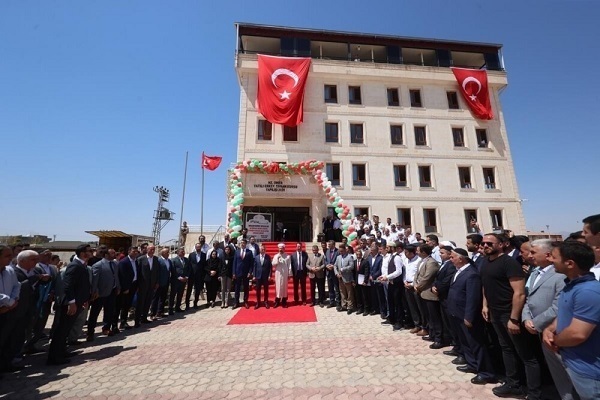 A number of religious, cultural and political officials, including head of the Directorate of Religious Affairs (Diyanet) Ali Erbas, attended the ceremony on Friday.

The Omar ibn Khattab Quranic School was launched in a five-story building in Silopi that has been equipped with different educational and other facilities.

Erbas in an address hailed the opening of the school and described inauguration of Quranic centers as being among the most rewarding ceremonies.

He said learning the Book of God, acting upon its teachings and the Seerah of the Holy Prophet (PBUH), and raising children and youth on their path will lead to peace, happiness and unity in the society and nation.

“The Holy Quran invited us to good deeds, unity and team work,” he added.

Erbas expressed satisfaction for attending the ceremony and hoped the school would be a source of blessing for everyone in the city.

Turkey is a Muslim majority country in West Asia. Nearly 99 percent of the country's population adhere to Islam.