Culture
News ID: 3470636
TEHRAN (IQNA) – The Turkish translation of the volume 14 of Al-Mizan Exegesis of the Holy Quran was published in Turkey. 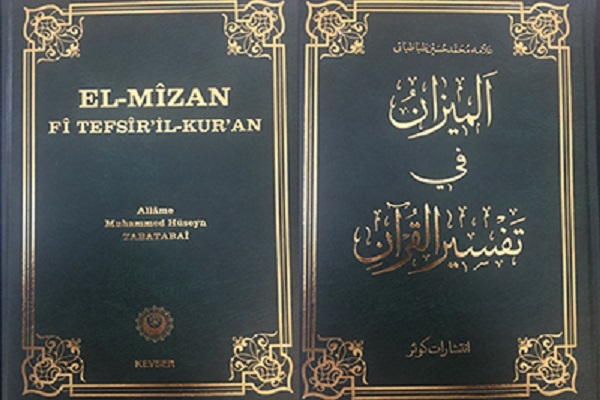 According to the Islamic Culture and Relations Organization, the Kawthar Center has published 2,000 copies of the rendering.

Al-Mizan Exegesis of the Holy Quran by late Allameh Tabatabaei is one of the major Quran interpretations in the Islamic world.

Founded in 1992, the Kawthar Center has been successful in developing good relations with Shia and Sunni Muslims of the country.

It is known as the first center publishing Shia books in Turkey, including translations of valuable works by eminent Iranian scholars.

Islamic beliefs, Hadiths, supplications, Quran interpretation, Islamic jurisprudence, Islamic ethics and mysticism are among the topics of the works which are on display at the center’s permanent exhibition.

The Kawthar Center has also launched a TV channel which has millions of audiences.