General
News ID: 3472340
TEHRAN (IQNA) – With the arrival of Muharram and days of mourning for the martyrdom of Imam Hussein (AS) and his faithful companions, the Iranian Academics Quranic Organization has organized the campaign of Rawda Khani at Home. 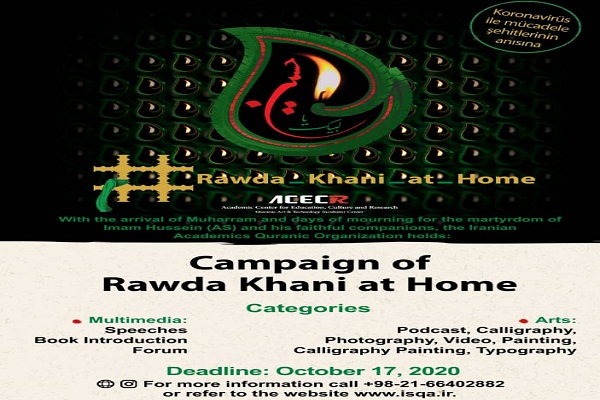 Shia Muslims around the world mourn the martyrdom of Imam Hussein (AS), the Sayyid-ul-Shuhada (master of martyrs), in Muharram, the first month in the lunar Hijri calendar (began Friday).