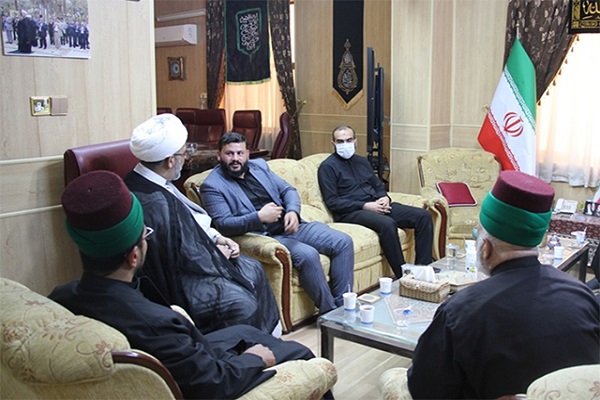 According to the Islamic Culture and Relations Organization, a group of the Astan’s servants headed by Seyyed Muhammad Bahrol-Ulum and Seyyed Muhammad Abd Jasim, director of the public relations office of the Astan, attended a meeting with Hamzeh Nejati Arani, Iranian cultural representative in Baghdad.

The meeting was organized at the Iranian Cultural Center in Baghdad ahead of Arbaeen.

Having announced the readiness of the Astan to host the Iranian pilgrims, Bahr-ol-Ulum asked the Iranian embassy to cooperate with the Astan in this respect.

The Iranian official said for his part that the Iranian government has announced it is ready to dispatch Iranian pilgrims to Iraq on the occasion of Arbaeen observing health protocols.

He added that Iraqi people have always warmly welcomed Iranians during the Arabeen pilgrimage.