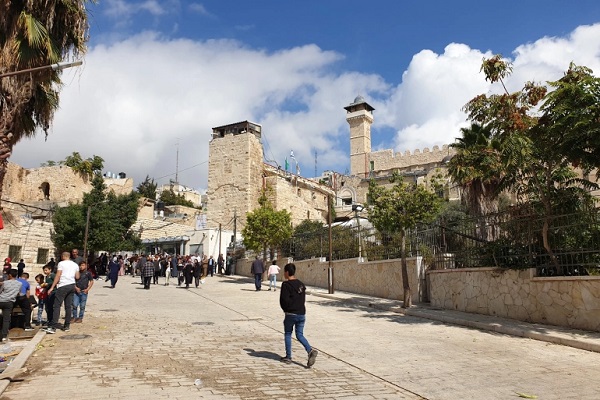 They gathered at the mosque on Tuesday on the occasion of the Holy Prophet’s (PBUH) birth anniversary, according to Al Jazeera.

Palestinian officials say the presence of worshippers at the mosque on the occasion has been much more eye-catching this year compared to previous years.

Sheikh Hafzi Abu Asnina, custodian of the Ibrahimi Mosque, said the number of worshippers at the mosque reached 10,000 on Tuesday.

He said the large presence of the Palestinians was in response to the Zionist regime’s moves aimed at Judaization of the holy place and eliminating its Islamic identity.

A day earlier, Zionist regime forces raided the mosque and desecrated it, angering the Palestinians there,

Milad-Un-Nabi (Prophet’s birthday), Eid al-Fitr, Eid al-Adha, and Fridays of the holy month of Ramadan are among the days when the mosque’s doors are opened to Muslim worshippers.