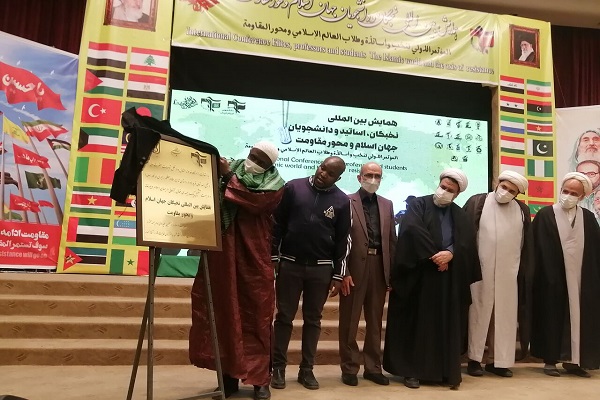 The first edition of the “International Conference of Elites, Professors, and Students of the Muslim World and the Resistance Axis” was held on Thursday evening in the southern Iranian city.

The event was organized on the occasion of the second anniversary of the martyrdom of Lieutenant General Qassem Soleimani.

A host of local officials, as well as foreign students, took part in the conference.

Hojat-ol-Islam Ali Asghar Hamzeh, the Leader’s representative at Shahid Bahonar University of Kerman, was one of the speakers of the event. He said that the Muslim world owes its awareness to the blood of martyrs.

One of the honors of this university is that Martyr Soleimani received his BA here, he added.

The cleric said that a research institute has been opened under the name of the martyr and conducts research in five different fields.

The martyrdom of General Soleimani led to the opening of the door of Resistance to all Muslim nations, he said, adding that not only did enemies fail to reach their aim by this assassination, it also caused an awakening in the Islamic world. 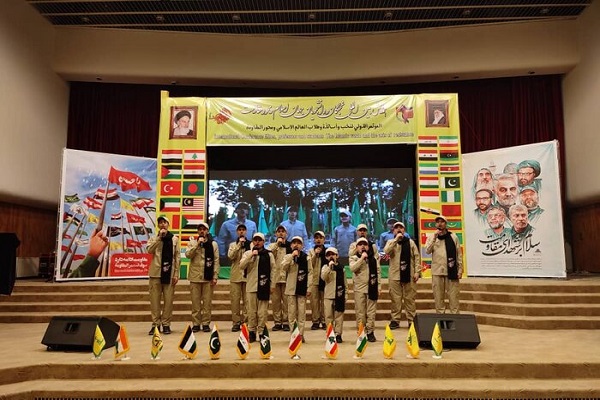 The top anti-terror commanders were assassinated along with their companions in a US drone strike authorized by former President Donald Trump near Baghdad International Airport on January 3, 2020.

They were highly popular because of the key role they played in eliminating the Daesh terrorist group in the region, particularly in Iraq and Syria.