Hindu Monk Who Called For Genocide of Muslims Jailed

General
News ID: 3477422
TEHRAN (IQNA) – Indian police say that a Hindu monk has been charged with inciting religious violence after he called for the “genocide” of India’s Muslims at a meeting of right-wing supporters 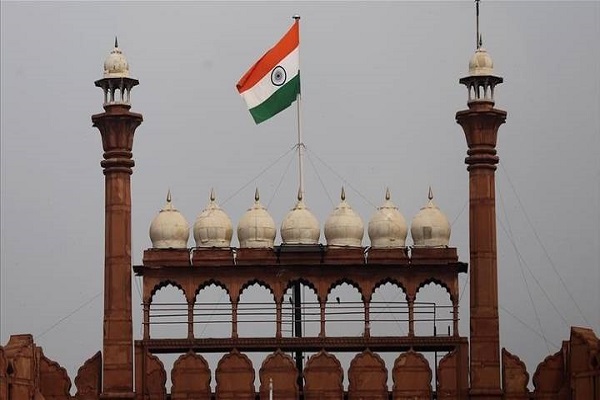 Indian authorities have charged a Hindu monk with inciting religious violence after he called for the “genocide” of India's Muslims at a meeting of right-wing supporters, police said Monday.

Senior police officer Swatantra Kumar said Yati Narsinghanand Giri, an outspoken supporter of far-right nationalists who also heads a Hindu monastery, was initially arrested on Saturday on allegations that he made derogatory remarks against women. He appeared the following day in a court in the town of Haridwar, where he was sent into 14 days of custody for hate speech against Muslims and calling for violence against them.

Kumar said the monk Giri, whom he described as a “repeat offender,” was formally charged Monday for promoting “enmity between different groups on grounds of religion." The charge can carry a jail term of five years.

In December, Giri and other religious leaders called on Hindus to arm themselves for “a genocide” against Muslims during a meeting in Haridwar, a northern holy town in Uttarakhand, according to a police complaint. He is the second person to be arrested in the case after India's Supreme Court intervened last week.

Uttarakhand state is ruled by Prime Minister Narendra Modi’s Hindu nationalist Bharatiya Janata. The political party's rise to power in 2014, and landslide reelection in 2019, has led to a spike in attacks against Muslims and other minorities.

The three-day conference that the monk Giri helped to organized was called the “Dharam Sansad” or “Religious Parliament” and followed on years of rising anti-Muslim hate speech. The closed-door meetings witnessed some of the most explicit calls for violence yet.

Videos from the conference showed multiple Hindu monks, some of whom have close ties to Modi’s ruling party, saying Hindus should kill Muslims.

“If 100 of us are ready to kill two million of them, then we will win and make India a Hindu nation,” said Pooja Shakun Pandey, a Hindu nationalist leader, referring to the country’s Muslim population. Her calls for such a massacre were met with applause from the audience.

Pandey is being investigated by police for insulting religious beliefs.

During the congregation, Hindu monks and other supporters, including Giri, took an oath calling for the killing of those who were perceived to be enemies of the Hindu religion.

The calls for violence were met with public outrage and drew sharp criticism from former military chiefs, retired judges, and rights activists. Many questioned the Modi government’s silence, warning hate speech against Muslims will only grow as several Indian states, including Uttarakhand, head to the polls in February.

Last week, students and faculty at the Indian Institute of Management — one of India's most prestigious business schools — submitted a letter to Modi in which they wrote his silence “emboldens” hate and “threatens the unity and integrity of our country.”

Opposition leaders and rights groups have accused it of encouraging violence by hardline Hindu nationalists against Muslims and other minorities. The party denies the allegation.