Culture
News ID: 3479594
TEHRAN (IQNA) – The stories of Prophet Moses (AS) have been narrated in different chapters of the Quran, including Surah Al-Isra, in which 9 miracles of the great messenger of God have been mentioned. 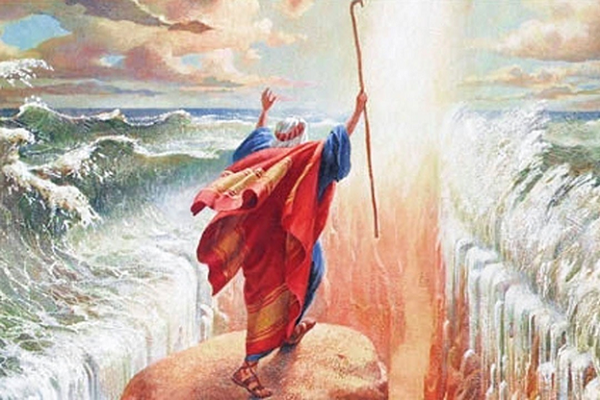 Surah Isra, also known as Bani Israil, is the 17th chapter of the Holy Quran that has 111 verses and is in the 15th Juz. It is the 50th Surah revealed to Prophet Muhammad (PBUH).

Different verses of this chapter talk about topics like Tawheed (monotheism), the Resurrection Day, rejection of Shirk (polytheism), the Holy Prophet’s (PBUH) Mi’raj (ascension into heaven), proof of prophethood, miracles of the Quran, and how committing sins can impact man’s beliefs.

The name of this Surah, Al-Isra, refers to the Holy Prophet’s (PBUH) nightly trip from the Grand Mosque in Mecca to Al-Aqsa Mosque in Al-Quds. In some Hadiths, Bani Israil has been mentioned as its name as some verses at the beginning and end of the Surah narrate the story of Bani Israil.

At the beginning of the Surah, the Quran refers to the spreading of corruption on earth by Bani Israil. God warns them about what consequences and punishment awaits them as a result of this. The verses at the end of the Surah highlight 9 miracles of Prophet Moses (AS) as well as his debate with the pharaoh, the drowning of the pharaoh and those who followed him, and the settlement of Bani Israil in Egypt.

According to the Quran, Prophet Moses (AS) had 9 miracles: Turning his staff into a serpent, inserting his hand into his clothes, with it shining a bright light when he revealed it, crushing storms, locusts attacking farmlands, Qummul (a kind of plant pest), frogs, water of the Nile turning into blood, drought, and drowning of the pharaoh and his army.

The Nemouneh Exegesis of the Holy Quran considers the ideological, ethical and social issues discussed in this Surah as very useful for helping people’s growth in different areas.

The Surah also discusses a philosophical topic regarding human conduct: the issue of free will. It says man can do good or bad deeds and will see the outcome of his deeds. So man has free will to choose his path.

“(We told you), ‘If you do good, it will be for your own benefit, but if you do bad, it will be against your souls. When the prophecy of your second transgression will come to pass, sadness will cover your faces. They (your enemies) will enter the mosque as they did the first time to bring about utter destruction.’” (Verse 7)

Among other issues mentioned in this Surah are the reason for existence of day and night, being grateful to father and mother, the fact that what man has done in this world will be reviewed in the hereafter, the need to help others and avoid wastefulness, stinginess, haughtiness and stubbornness.