General
The link was copied
News ID: 3480637
TEHRAN (IQNA) – A negative attitude toward the 3 million-plus Muslims living in Italy is not expected from the upcoming right-wing government, Islamic communities in the country say. 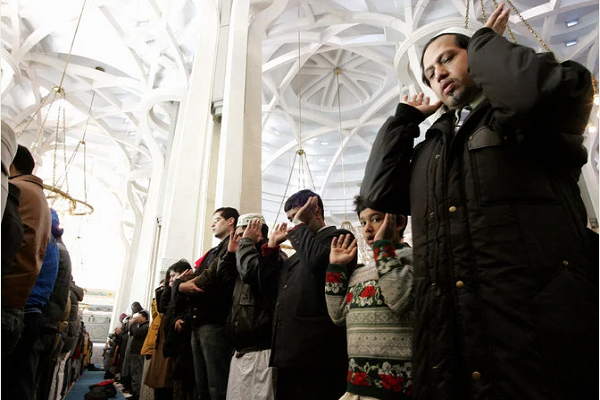 The new government will be formed after Sunday’s general election.

Muslims “look forward” to working with the new Cabinet with regard to the religious freedom guaranteed by the Constitution.

A concrete change in the country’s leadership is now expected. The far right led by Giorgia Meloni, leader of the Brothers of Italy (Fratelli d’Italia) party, traditionally bound to the country’s right, gained a solid majority in both branches of Parliament.

Almost certainly in mid-October, Meloni will be asked by President Sergio Mattarella to form a new government.

She will then be the first woman prime minister in Italy, leading what will be the first far-right government since the Second World War.

The new leadership is expected to be tougher than previous governments on illegal migrants, but nothing is expected to change in the traditionally good attitude of Italy toward the Middle East and the Arab world.

Italian political analysts also point out that the new Cabinet is unlikely to show a tough face toward the Muslim population in the country, especially since the League (Lega), the xenophobic and anti-migrant party led by Matteo Salvini, performed poorly in the election. The League will still be part of the majority, but will hold a much less powerful voice.

“We’re absolutely confident that every Italian government will respect the Constitution, which includes in its founding principles freedom of worship. We expect the new government will be attentive to the rights of Islamic communities,” Yassine Lafram, president of the Union of Islamic Communities of Italy, told Arab News.

Lafram said for Muslims in Italy, “there are still many problems, from Islamic cemeteries to the need for a law regulating the construction of places of worship for all religions.”

He also expressed his wish for a formal agreement between the Italian state and its Islamic communities to be underwritten soon.

“It’s in the interest of the new government that there be a full legal recognition of Islamic communities. It will boost integration,” he said.

“We expect a lot from a government that promises to represent all Italians. Italian Islamic communities can’t be accused of being close to Islamic fundamentalism. We’re all citizens of the Italian Republic who feel they’re an integral part of Italian society,” Lafram added.

Andrea Delmastro from the Brothers of Italy told Arab News right after the election results were declared: “Good citizens have nothing to fear, no matter their religion, as long as they respect the law. And Italy’s attitude toward the Middle East isn’t going to change.”

During the electoral campaign, the left warned that Meloni could push Italy into Europe’s illiberal bloc alongside Hungary and Poland, fighting against diversity and agitating against Brussels.

They quoted her past remarks, such as a speech from 2017 in which Meloni said mass-scale illegal immigration to Italy was “planned and deliberate,” carried out by unnamed powerful forces to import low-wage labor and drive out Italians.

She also said Italy “cannot think of Islamic cemeteries in a country where there are not civilized cemeteries even for Italians in several parts of the country.”

In more recent times, she often spoke of “good integration” and “mutual respect” in a country where “the law has no religion and must be respected whatever the citizen’s creed is.”

In defense of her rhetoric, those close to Meloni say she has a strict stance on migrant traffickers and encourages integration, so long as those who come to Italy share and respect its national values and laws.

The main points of Meloni’s political manifesto concerning immigration, Delmastro said, involve the “fight against all forms of antisemitism, Islamic fundamentalism and irregular immigration; the orderly management of legal immigration flows along with the promotion of social and labor inclusion of legal immigrants; and the blocking of vessels to prevent human trafficking, in agreement with North African authorities.”

Imam Izzedin Elzir, former president of the Union of Islamic Communities in Italy, stressed that Muslims in Italy “are a non-partisan community, and we want to be an added value for the country.

“We expect attention from the government, which is expected to implement the Constitution, particularly on religious freedom. I believe we can do a good job together. Governing is different from campaigning for votes.”