General
The link was copied
News ID: 3481488
TEHRAN (IQNA) – In a ceremony in Gaza, 77 Palestinian prisoners who have managed to memorize the Holy Quran were commemorated. 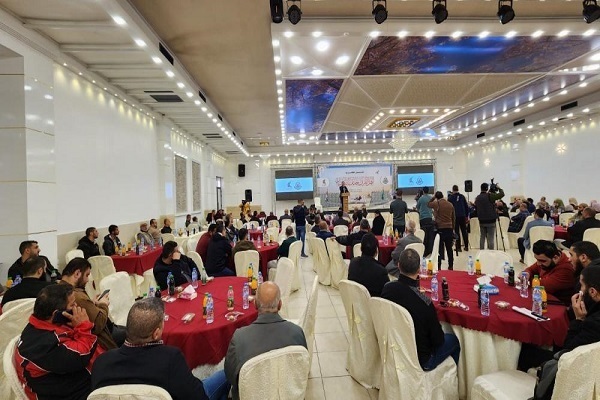 The ceremony was organized by Hamas Resistance Movement and a center for supporting Palestinian prisoners in Gaza.

The event was also attended by families of memorizers as well as Palestinian officials and resistance figures.

Ali al-Amudi, head of the communication department of Hamas in Gaza, read a statement, praising the great job of these prisoners in committing the Holy Quran to their memories while being detained by the Zionist regime.

Ismail Haniyeh, chief of Hamas political bureau, was another speaker at the ceremony who lauded the prisoners for being equipped with the weapon of faith.

He also reiterated Hamas’s pledge to help prisoners return to their homes.

According to Palestinian figures, there are nearly 4,550 Palestinian detainees in Israeli jails, including 175 minors and 27 females. Some 670 detainees at being held under administrative detention without charge or trial.