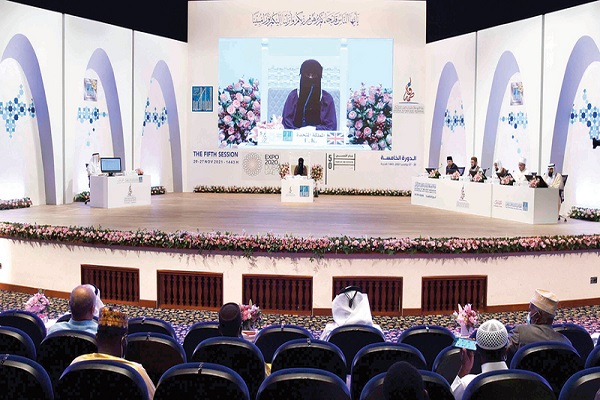 Ibrahim Mohamed Bu Melha, adviser to the Ruler of Dubai and Head of the Dubai International Holy Quran Award (DIHQA) organizing committee, was present at the competition hall.

Representatives of Cameroon, Britain, Nigeria, Jordan, Kenya, the US, the Philippines and Palestine were among those who showcased their Quranic talents on the second night.

The international Quranic event opened in Dubai on Saturday.

Ahead of the opening, the organizing committee held a meeting with the competition’s judges to review technical and administrative rules of the competition.

The competition’s panel of judges includes scholars from the UAE, Saudi Arabia, Egypt, Indonesia and Pakistan.

Earlier, Bu Melha has said that women Quran memorizers from over 50 countries would take part in the contest.

The DIHQA annually organizes the international Quranic event for women. Last year it was cancelled due to the coronavirus pandemic.

Representatives of 68 countries competed in this edition of the international Quran contest, which was held in 2019.