Culture
News ID: 3480129
TEHRAN (IQNA) – God has sent many messengers to guide mankind and they faced many hardships and problems on this path. For instance, some people who were plagued with sins and wrongdoings, would not easily accept to rectify their path. These however would not dampen the resolve of prophets and undermine their logic. 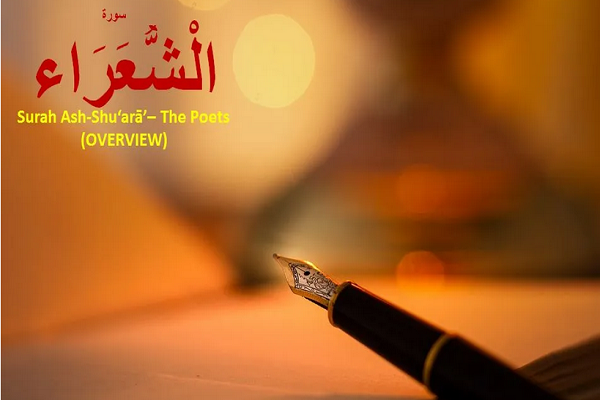 The 26th chapter of the Holy Quran is Surah Ash-Shu’ara. It is Makki, has 227 verses, and is in the 19th Juz of the Holy Book. It is the 47th Surah revealed to the Holy Prophet (PBUH).

The name Ash-Shu’ara (poets) comes from the mentioning of poets in verses 224 to 227 of the Surah. These verses talk about poets who write pointless poems and are not committed to ethics and faith. The verses also praise poets who are believers and remind people of God. From this viewpoint, poems are means to give direction to the society and can be used on the path of faith and commitment.

Quran interpreter Allameh Tabatabaei believes that the main purpose of Surah Ash-Shu’ara is giving confidence and encouragement to the Holy Prophet (PBUH) in the face of denials by the majority of his people and their levelling of accusations against him. Allameh Tabatabaei says that the Surah narrates the stories of previous messengers of God and what happened to their enemies in order to warn those denying the message of the Holy Prophet (PBUH) to take a lesson from the fates.

In addition to discussing the movements of the prophets of God, from Nuh (Noah) to Muhammad (PBUH), the Surah lays emphasis on principles such as Tawheed (monotheism), the Resurrection Day, the call by messengers of God, and the importance of the Holy Quran.

It mentions some of the conversations between prophets like Abraham (AS), Noah (AS), Hud (AS), Salih (AS) and Lut (AS), and their people. The important thing is that those people neglected what the prophets had told them and each faced a certain kind of divine punishment.

According to the concepts mentioned in Surah Ash-Shu’ara, it can be divided into three parts:

The first part highlights the greatness of the Quran and encourages the Holy Prophet (PBUH) in the face of obstinacy and denial of the Mushrikeen (disbelievers). It also points to signs of Tawheed and elaborates on the attributes of God.

The second relates stories of the prophets’ lives and their struggles, pointing to the logic and reasoning they used to guide people. It also talks about what happened to the deniers.

The third part is a conclusion of the previous parts and also includes good news for the faithful and recommendations to the Holy Prophet (PBUH) about inviting people to Islam and how to treat the faithful.